I’m a photographer. I’ve been interested in it for the past decade and a bit, and decided to go pro a few years ago, and have since been working on getting the equipment together. But being on disability, and living with two parents (my grandmother passed away in late August) who are all unemployed or self-employed, has made that extremely difficult. So I’m trying to raise some funds to help me get there. I’ve divided my effort into two crowdfunding campaigns. The first, stage 1, is practical, high priority items, mostly not terribly expensive yet still beyond my budget for the foreseeable future. The second is more of a dream list, the really expensive items that I don’t expect to ever have a chance to use, but that would be so great to have if I could find some way.

For stage 1, http://gogetfunding.com/project/lens-fund-stage-i, I’m trying to raise $32,400 for 36 items. I plan to get many of them used. Note that prices sometimes fluctuate, so those shown below may not exactly match those on my campaign page. In roughly descending order of priority: 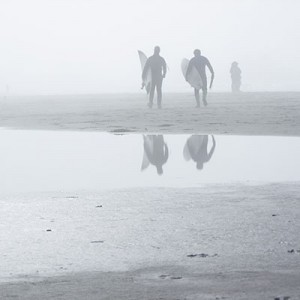 We are not a registered charity, and don’t meet the definition of a charity under the Charitable Purposes act. We’re simply a social profit organization. So we can’t issue tax receipts for donations, but there are far fewer restrictions on what we can do and how we can operate.

This is MetaCROWD’s own primary crowdfunding campaign. We don’t really have a set goal; the more fund we raise, the more campaigns we can help. But we like to think big, and hope for the best, so we’ve set the goal at $100 million. Incentives we’re offering in this campaign include a thank you on this site, a music download, and various levels of promotion for your crowdfunding campaigns.  http://gogetfunding.com/project/metacrowd-crowdfunding-the-crowd

I was using GoFundMe extensively. It has campaigns of unlimited duration, which is a good feature for long-term fundraising, and no upper limit on amounts. However, as a result of GoFundMe’s PR failures surrounding the Darren Wilson fundraiser and several others, as well as their stance on abortion, I’ve withdrawn support for them and moved all my long-term campaigns to GoGetFunding, which is a newly emerging crowdfunding platform that has very similar features to GoFundMe, with a better design. I also have a Patreon page, for people who are interested in supporting me rather than a specific project. And I’ve written a number of campaigns on Indiegogo, and run one of them so far. My first crowdfunding campaign predated the emergence of any sites like Kickstarter and Indiegogo by several years, so for that one I built my own site. Being Canadian, I’m not able to run campaigns on Kickstarter, but it’s also not suitable to most of my campaigns.

Well, that’s a bit of an exaggeration, don’t you think? But our priority right now is just to get a page up and running, and worry about the aesthetics later. Also, I’m kinda new to WordPress, I’m used to hand-coding my websites in Notepad, and while it’s nice to have these ready-to-use templates, I find it kinda restricting. It’s easier to get a page up and running quickly, and add content to it, but it’s harder to make it look the way I want.

Along with our own campaigns, and those of friends and family, we primarily support campaigns that are of interest to us. We are strong supporters of transgender and intersex rights, and are fully committed to supporting those communities. We are also strong supporters of natural and heritage conservation, along with community and grassroots organization–my father is the former deputy executive director of The Land Conservancy of BC, and currently one of the founders of the National Trust for Land and Culture–the Canadian National Trust (ntlc.ca). And being a photographer, musician, and techie nerd, those sorts of projects are also of interest to me.

MetaCROWD is a purely online organization, so in a sense it’s global. But MetaCROWD’s management is based in rural Vancouver Island, British Columbia, Canada.

Various crowdfunding plaforms and payment platforms have different payment processing fees, some varying depending on the situation. That accounts for a small portion of funds raised.

Of the remaining funds, 10% goes to operating overhead and supporting our own crowdfunding campaigns. The remaining 90% is used to support other people’s crowdfunding campaigns. We provide funding boosts early in a campaign, in order to increase that campaign’s activity, making it more likely to receive other donations. We contribute to campaigns that are losing momentum, to help them continue toward success. And we make up shortfalls on campaigns that are close to ending unsuccessfully. When funding permits, we might also offer matching contributions with some campaigns.